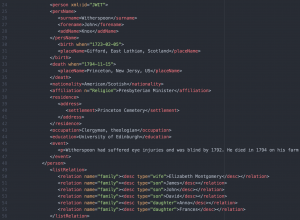 We learn about our world – we make sense of our world – through texts. Texts are made up of sentences and words and letters. We compile these words – these “code snippets”, if you will – into complex sets of instructions that help us to understand our world. We encode our lives – we inscribe our existence – through letters and numbers and symbols. Then we share these code snippets with one another, to share with one another our understandings and ask of others our questions about the world. We share our beliefs, our visions, our codes of conduct. We look for ways to reach out and express ourselves. That is writing. That is encoding. END_OF_DOCUMENT_TOKEN_TO_BE_REPLACED